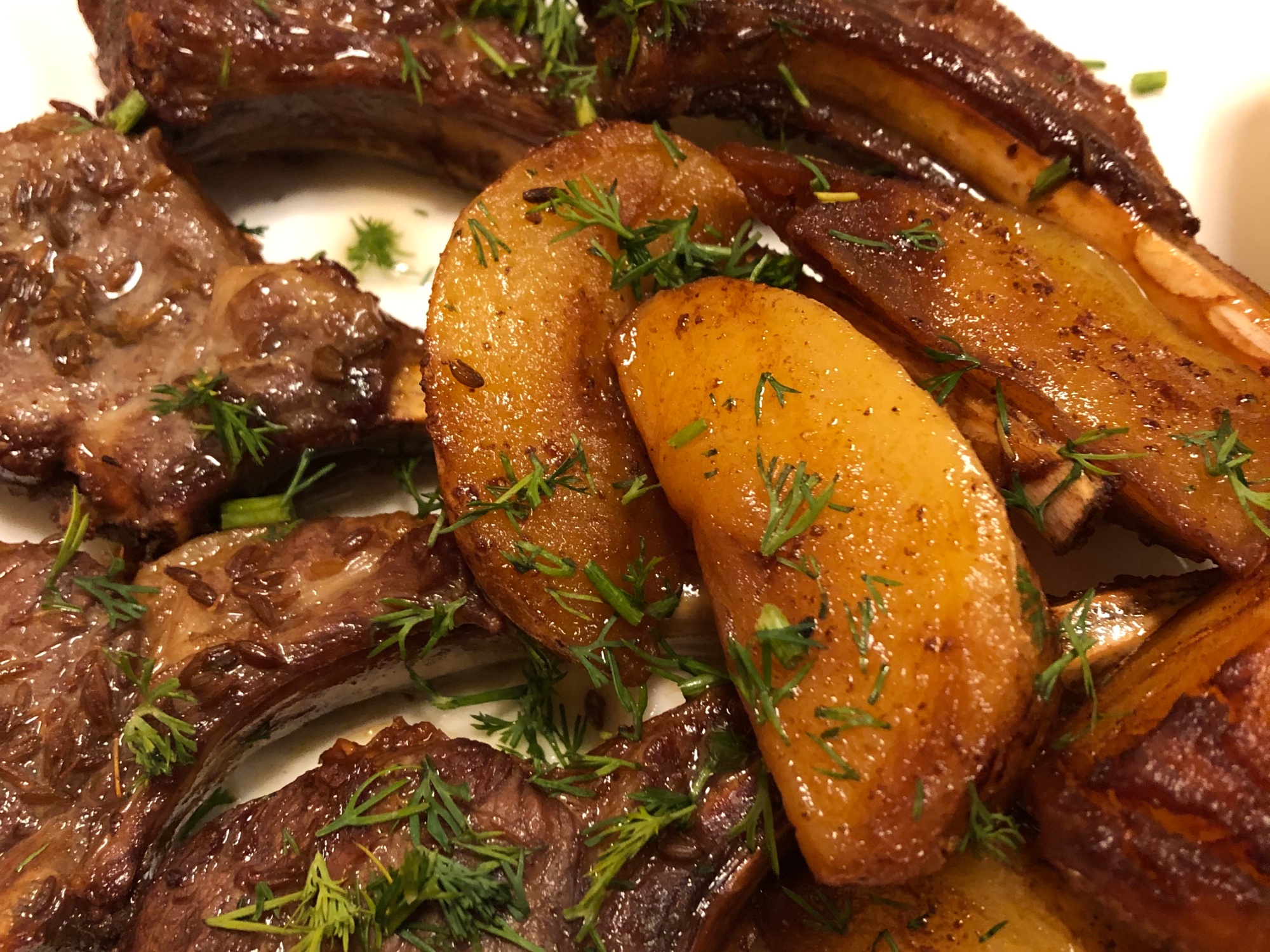 If you ask me how I stumbled upon Chaikhana, all I remember is Googling something that yielded this place as a result. I thought, “Well, I’ve never had Central Asian before. Let’s go here.”

If we’re being real honest, neither of us knew that Uzbekistan, Tajikistan and Kazakhstan were a part of Central Asia. Rather, we both naively thought Chaikhana was a Middle Eastern restaurant. And it wasn’t until we looked at a map that we stood corrected.

Needless to say, we learned a tasty lesson.

We got a little app crazy and ended up ordering three. We had both looked at the menu ahead of time and knew we would want to try the Sambusa. The only thing bad about the Sambusa (for you, our reader) was that we forgot to take a picture of its insides.  But that’s because we were distracted by how much we enjoyed it. Think: Central Asian Runza: a perfectly toasted pastry exterior, wrapped around the seasoned meat stuffing. Served two on a plate, they are a hearty starter that could easily stand alone as a meal.

Less exotic but nonetheless satisfying, we also started with a plate of hummus. Served warm with a good number of pita triangles, it helped us fill in the few extra minutes while waiting for our main dishes, which the server pointed out, can take some time as everything is made from scratch.

Truth be told, Manti was technically on the main menu, but we treated it as an app because they were small and also came out before our meal. We likened these meat and onion filled dumplings to the Sambusa: same insides, different outsides. Dipped in sour cream, the Manti was just as delightful.

We didn’t know we’d be getting a Shakarob salad with our meal, which was a pleasant surprise to me. Martha, not so much. She wasn’t a fan of the dill vinegar dressing, but I loved it. Growing up, my stepmom made a similar dressing to marinate cucumbers in – so the flavor was familiar and enjoyable.

I asked the server what her house favorite was and she highly recommended the Kazan Kebob. I really had no idea what to order, so I went with it. My plate had marinated lamb ribs, seasoned potato wedges, Chaikhana bread and Shakarob salad.

I had in my mind that the lamb would taste like the lamb gyro meat you find at a Greek restaurant. Instead, it was tender, juicy and a completely different flavor. I would have liked them, but I couldn’t get past the fennel seeds in the marinade. While I only had one bite, I pin the dislike on me more than I do them because I couldn’t get past the bitter, black licorice flavor of the fennel seeds.

The rest of my plate, however, was mostly satisfying. The potato wedges were rich in spices and perfectly crispy on the outside. And I already knew I liked the Shakarob salad. I could take or leave the Chaikhana bread – it was dry and flavorless.

Martha also floated around the menu quite a bit before landing on the Lulya – a generous portion of seasoned ground beef in the traditional kabab style. The portion was as long as her arm, with a pile of warm rice and a few cherry tomatoes. Overall, she did enjoy her dinner but she concedes she enjoyed the appetizers more and would probably order something else on a return visit.

She points out Chaikhana seems to do everything right, despite both of us learning more about the Central Asia’s cuisine and what we do or don’t like. Everything comes out hot and fresh; the service is top notch and our server was very attentive and kind. Martha also enjoyed the extremely comfortable “squishions” — as she calls them — really squishy cushions.  The booths sit soft and deep like a couch, with colorful fabrics and bright pillows.

Two Russian cakes were presented as our options: coconut or chocolate. We agreed on chocolate and it was … not terrible. The top layer seemed to be dry, but the mousse in between the other layers helped balance out the rest. A glass of milk probably would have helped. Overall we both thought, “I don’t hate this I guess?” But we don’t know if that’s how Russian cake is supposed to taste like.

Despite a few misses, we decided to give Chaikhana two forks up. Did we love everything we had? No. But that’s not because it wasn’t well executed. Our taste buds just didn’t know what to do the unfamiliar flavors from another culture. Given a reason and opportunity to go back, we would – without hesitation to explore more parts of the menu.