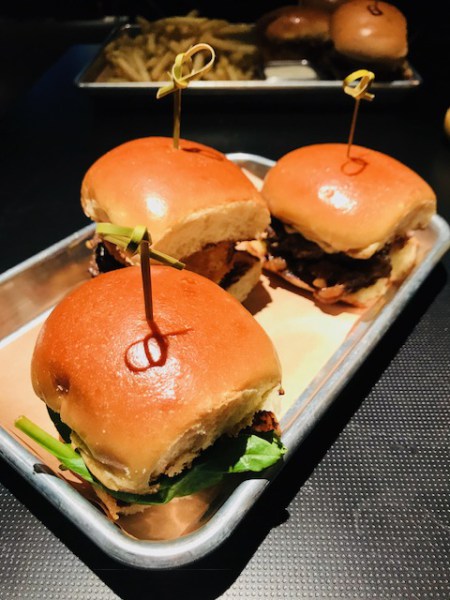 I did it again. Time not only evaded me, it all but shut the lights off and hid from me. Before I knew it, Jac was kindly  reminding me that we needed to get to eatin’ so we could get to bloggin’. I asked around the office and on the Facebook page for suggestions and arbitrarily landed on this month’s pick: Charred Burger + Bar. One coworker heard good things and another had her own nice things to say. Always the ones to highly value our own opinions, we wanted to see for ourselves.

Known to be outlandish rebels, Jaclyn and I observed this month’s New Food Friday on a Monday. Being tucked in on the end of an “out of the way” new business development, we pretty much had the place to ourselves and figured that meant we’d have the ultimate attention of the staff, leading to the ultimate experience. One of these things came true.

Besides a rotating list of featured beers on the wall, the drink menu highlighted a handful of Vodka Lemonades. I thought the Raspberry Vodka option sounded refreshing and for the most part, it was. It was a tad too pulpy for my taste, but that also speaks to the amount of fresh raspberries that were sacrificed in the making of the drink.

Jaclyn was going to get a Bloody Mary until she found out they only had the spicy mix, so she got a peach ale instead. I made fun of her for not getting something fancy (they had tons of other cocktails on the menu), but she claims it was a decent decision made under pressure.

Something about the description of the Toasted Bread Fondue intrigued me. The words “Rosemary Focaccia with Brickway Beer Cheese” made it easy to order. But ordering it was easier than eating it. Both of us struggled to find the ‘toasty’ element of this appetizer. Rather, it went down like yesterday’s stale, tough loaf and was accompanied by a short mason jar of already congealed cheese.

Jaclyn got the Fried Pickle Spears with ranch dressing. She remembered after she ordered them that I don’t actually care for pickles — fried or otherwise. (Rude!) I gave them a try, but my one bite confirmed my tastebuds remain unchanged. Jaclyn thought they were pretty good. She liked the texture and flavor of the breading and was happy to eat most of them. Given how hot and fresh the pickles were, we surmised that the bread and cheese must have sat a little too long under the heat lamp.

The Slider Trio seemed like the obvious choice for both of us so we could try several burgers.

My trio included the BBQ, the Brickway Beer Cheese and the Omaha. I wanted to rank them in order of enjoyment, but the Brickway and The Omaha both left me so underwhelmed, I couldn’t decipher the difference. The BBQ seemed to have everything working for it: it was the first burger I ate so it was still hot, the onion ring and bacon were still perfectly crispy and the BBQ sauce wasn’t overpowering. Given a redemption visit, this is the one burger I’d order in the full version, on it’s own, to really enjoy. I felt like the other two were lost in the pile of ingredients and the cooking of all three burgers varied from one bite to the next.

The highlight for both of us was that the Rotella buns seemed to be perfectly toasted, yet soft, and my french fries were fresh out the fryer – still hot to the touch when they hit the table, and lightly, enjoyably seasoned. But soft buns and crisp fries do not a redeemed dinner experience make.

Experiencing much of the same “I’m not sure about this” attitude, but with perhaps a little more enjoyment, Jaclyn ranks her burgers as such:

Jaclyn, like me, loved everything on the BBQ burger. The onion ring was crispy. The bbq sauce was put on lightly. The bacon and cheese were … well, bacon and cheese. All-around good burger.

The Mushroom burger had some good things going for it. The mushrooms were seasoned nicely and paired well with the Havarti cheese. The ranch was good, but not really noticeable. And she didn’t think it needed the spinach — all it did was keep sliding out with each bite instead of ripping like a piece of lettuce would. (Maybe someone should just learn how to eat spinach.)

Jaclyn had so much hope for the Bleu burger. She loves words like Bleu cheese, caramelized onions and balsamic. But the flavors and consistency did not come through. She expected there to be a punchy bite with the Bleu cheese and balsamic, but it was pretty mild and didn’t pack much flavor at all. The onions crossed that line from soft to mushy — a place where no caramelized onion should go. Jaclyn was overall pretty disappointed with this burger.

I asked about their Milk and Cookies that I’d seen on their website. Were they warm and gooey? Did they actually come with a glass of milk? Yes, they were warm and gooey dark chocolate chip cookies and, our server confessed, the kitchen staff was literally pulling them out of the oven as we spoke. And yes, they were delightful. No, it was not actual milk, but vanilla creme anglaise. Wait, whaaa? Our poor waitress had to explain this to us a few different ways. Anglaise, as we found out, is a light pouring custard. We both felt it didn’t have much of a flavor or do anything to improve the cookie-eating experience. Yet, we dipped the fresh cookies in it every single time for reasons unknown. Perhaps the explanation lies within the fact that the hot cookie was a stark contrast to the cold anglaise and this was pleasing to our mouths. 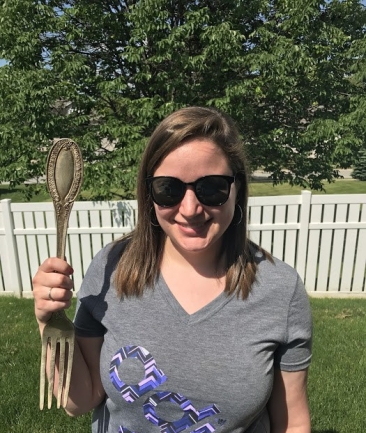 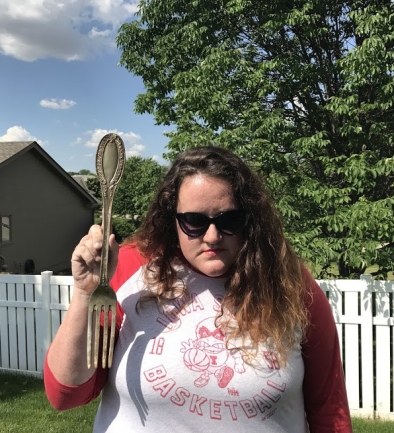 In chatting about what worked and what didn’t work, I came to the realization that I personally felt “meh” throughout 75% of my experience that night. When the bill hit the table and our damage was about $60, my feelings towards the whole night plummeted a little further and my mind rolled through a dozen other places I’d rather have dropped $30.

In another review, the owner of Charred said they wanted to do one thing and do it well: burgers. As it stands now, we think they have a few things to work on, namely cooking and prep time to ensure the freshest presentation, and overall consistency. We’ll probably be back, but we’ll definitely expect better.